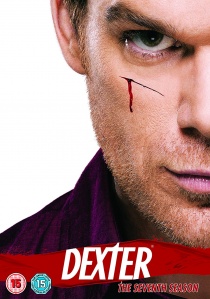 The seventh season of this acclaimed series sees Golden Globe® winner Michael C. Hall return as Dexter, the Miami police department forensics expert. In this season, Dexter is finally forced to confront his greatest secret and deepest fear - his undeniable thirst for blood, referred to by Dexter as his 'dark passenger'.

Dexter's 'dark passenger' is now known to Debra (Jennifer Carpenter) who, after witnessing his insatiable, ritualistic slaying of Doomsday Killer Travis Marshall (Colin Hanks) in Season 6, soon learns the code that their father Harry instilled in him as a young boy. As she tries to reconcile with the unfathomable idea that her beloved, mild-mannered brother is Miami's most notorious serial killer, Dexter continues to be pulled by his natural impulses to seek out the guilty and exact his brand of vigilante justice.

As Detective LaGuerta (Lauren Velez) gets closer to pinning the Bay Harbor Butcher killings on Dexter, will Deb be able to keep her brother's secrets and protect him from his deadly ways?

DVD
Mired in the tensions between two very different sides of Glasgow, The Nest, released on DVD 18th May 2020 from Acorn Media International, is a thrilling take on the life-changing world of surrogacy ... END_OF_DOCUMENT_TOKEN_TO_BE_REPLACED
Hot PicksView