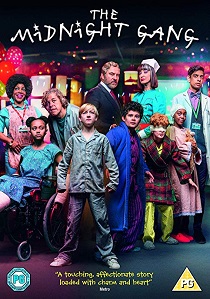 The Midnight Gang, released on DVD 4th November 2019 from Warner Home Video, is an adaptation of the book by David Walliams.

When Tom gets hit on the head by a cricket ball, he finds himself on the miserable children's ward of St Hugo's Hospital, where he is greeted by a terrifying-looking porter and wicked matron. But things aren't as bad as they seem and Tom is soon to embark on the most thrilling journey of a lifetime!

The Midnight Gang tells the extraordinarily heartwarming and funny story of five children on their quest for adventure! It is a story of friendship, magic and most importantly... making dreams and wishes come true.

BD
A royal visit from the King and Queen of England will unleash scandal, romance and intrigue as Downton Abbey: The Movie arrives on DVD and Blu-ray 27th January 2020 from Universal Pictures (UK). END_OF_DOCUMENT_TOKEN_TO_BE_REPLACED
Hot PicksView