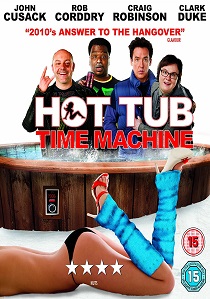 Hot Tub Time Machine follows a group of best friends who've become bored with their adult lives: Adam (Cusack) has been dumped by his girlfriend; Lou (Corddry) is a party guy who can't find the party and Nick's (Robinson) wife controls his every move.

The men decide to go on a wild weekend away, and go back to the ski resort where, as teenagers, they had the time of their lives. Adam's video game-obsessed nephew Jacob (Duke) is dragged along for the ride but they soon realise that things have changed a lot since 1986, and Kodiak Valley is now as dull as their lives have become.

After a crazy night of drinking in their hot tub, the men wake up, heads pounding, in the year 1986. Get ready for a serious hit of nostalgia and follow them as they attempt to change their futures for the better, retracing the outrageous sex and booze fuelled adventure that was their teenage years!

Featuring more dodgy haircuts and hot 1980's girls than you can shake a shell suit at, and an awesome cameo appearance from the legendary Chevy Chase, take a trip down memory lane and relive the classic era that was the 1980's! 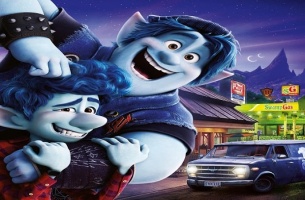