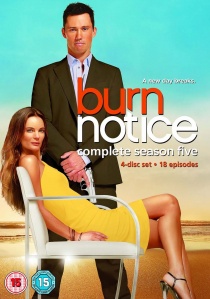 Burn Notice stars Jeffrey Donovan as Michael Westen, a blacklisted spy who finds himself stranded in sun-soaked Miami. The fifth season begins six months after Michael successfully rejoins the CIA and continues to search for the answer to the question that has plagued him ever since his arrival in Miami: who gave the order to burn him and why?

Time and again Michael and his Central Intelligence counterparts succeed in their missions, but six months have passed since he was welcomed back into the fold and still Michael finds himself no closer to getting the answer he seeks.

BD
Adapted from the classic novel by Charles Dickens, The Personal History Of David Copperfield, released on DVD and Blu-ray 15th June 2020 from Lionsgate Home Entertainment, brings to life one of the ... END_OF_DOCUMENT_TOKEN_TO_BE_REPLACED
Hot PicksView