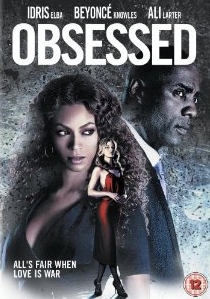 All's fair when love is war when the sexy hit thriller Obsessed debuts on Blu-ray and DVD on the 12th October 2009, from Sony Pictures Home Entertainment. A hot cast led by Beyoncé Knowles (Cadillac Records, Dreamgirls), Idris Elba (TV's The Wire and The Office) and Ali Larter (TV's Heroes, Resident Evil: Extinction) star in this steamy, suspenseful story of a successful businessman whose world unravels when he becomes the target of an alluring, predatory female co-worker.

Featuring bold performances, shocking twists and the most talked about catfight to hit the screen in ages, Obsessed is guaranteed to seduce movie lovers this October. Obsessed stalks its way onto Blu-ray and DVD loaded with tempting bonus features, including the behind-the-scenes featurettes: "Girl Fight!," in which director Steve Shill and stunt coordinator Lance Gilbert take us through the film's climactic fight sequence between Beyoncé Knowles and Ali Larter; "Playing Together Nicely," in which director Steve Shill, producer Will Packer and screenwriter David Loughrey discuss assembling the perfect cast; and "Dressed to Kill," a costume-themed featurette in which costume designer Maya Lieberman discusses the look of the characters. 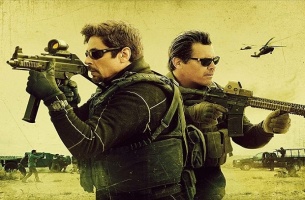 UHD
Experience the high octane action of one of the year's most engrossing thrillers, Sicario: Day Of The Soldado, as it comes to 4K Ultra HD, Blu-ray and DVD 29th October 2018 from Lionsgate Home ... END_OF_DOCUMENT_TOKEN_TO_BE_REPLACED
Hot PicksView