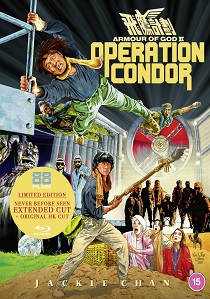 The Asian Hawk is back! Undeterred by nearly dying while making the first Armour of God, Jackie Chan returned to battle for a sequel that's bigger, better and even more daring. This time, Jackie's intrepid treasure hunter is on the hunt for some Nazi gold but recovering it will not be easy, let alone safe.

The most expensive Hong Kong film produced at that time, Armour of God II: Operation Condor showcases some of Jackie's best stunts and action, building up to an epic climax that will blow you off your feet.

Released on Blu-ray 15th June 2020, the black belts at 88 Films are thrilled to present the UK Blu-Ray premier - uncut! - of this great fan favourite. 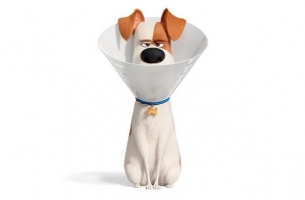 UHD
Continuing the story of Max and his pet friends, following their secret lives after their owners leave them for work or school each day, The Secret Life of Pets 2 arriving 7th October 2019 on 4K Ultra ... END_OF_DOCUMENT_TOKEN_TO_BE_REPLACED
Hot PicksView