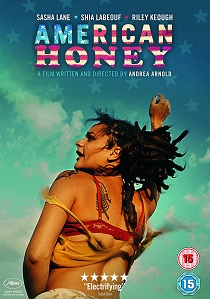 An astonishing portrait of youth on the American fringe, American Honey is told through the eyes of a vivacious teenage rebel who joins a group of fellow misfits hustling and partying their way across the country. Bursting with electric, primal energy, American Honey is an immersive, exhilarating odyssey of heartbreaking beauty - a generation-defining film that celebrates the defiant resilience of youth in pursuit of the American Dream.

DVD
Sam Mendes, the Oscar®-winning director of Skyfall, Spectre and American Beauty, brings his singular vision to his World War I epic, 1917 to DVD, Blu-ray and 4K Blu-ray 18th May 2020 from ... END_OF_DOCUMENT_TOKEN_TO_BE_REPLACED
Hot PicksView