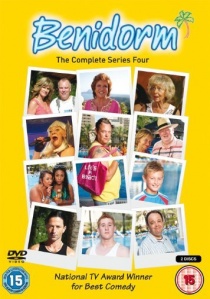 Slap on the sun lotion, reserve the best pool lounger and get ready for more fun and frolics in Benidorm. With a tremendous ensemble cast, the award-winning comedy returns after a hugely popular third series, Christmas special and recent NTA win. Our favourite holidaymakers are back to the Solana, for Benidorm - Series 4, released on DVD on 14th November 2011 from 2entertain.

Gavin (Hugh Sachs) has returned to the Solana but this year without Troy. Instead he's brought with him his deliciously camp employee from back home, Kenneth (Tony Maudsley). But will his appetite for the all-you-can-eat buffet and his taste in colourful hot pants prove too much for Gavin?

There's cross-dressing confusion at the poolside bar with Les (Tim Healy), whose teenage son Liam (Adam Gillen) has arrived in Spain. Donald (Kenny Ireland) and Jacqueline (Janine Duvitski), Benidorm's King and Queen of the swingers, are back and always looking to make new friends by the pool. There's even a whiff of a Benidorm holiday romance brewing for Liam who takes an immediate shine to new girl Natalie (Kathryn Drysdale), her friend Sam (Shelley Longworth) has other ideas though.

Completing the refreshed line up for Series Four are Mateo (Jake Canuso) and Chrissy Rock (Janey York) who continue to watch the holiday chaos unfold around them at the Solana resort, Benidorm's premier all-inclusive resort.

The DVD includes some fantastic extras such as audio commentaries and a Behind the Scenes: A Day In the Life of Derren, where the show frontrunner takes us on a trip around the places that bring Benidorm to life. A Series 1-4 boxset will also be available on November 14th containing all episodes and extras from previously released editions, packaged in a stunning Boxset. 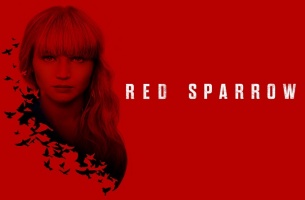