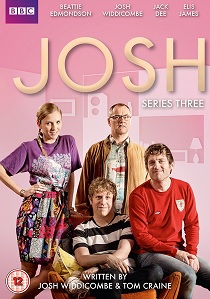 For Josh, the phrase 'nice guys finish last' doesn't quite cover it. He's the kind of guy who doesn't realise the race has started, hits every hurdle on the way and then gets strangled by the finishing tape.

This series follows his successes (not many) and his failures (many) as he tries to navigate the race of life. Whether it's being dumped while dangling on a zip-line, tolerating an egomaniacal fellow comedian on tour or being blackmailed by a septuagenarian neighbour, Josh always tries to do the right thing - and always comes off the loser.