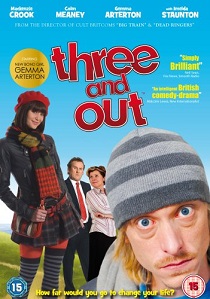 News Article Go back to homepage
How far would you go to change your life? If a deal's a deal, what do you do if you can't live with the consequences? This is the dilemma facing tube driver Paul Callow in Three And Out, released on DVD 15th September 2008 from Contender Home Entertainment.
Gary Lewis, Antony Sher, Imelda Staunton, Sharon Duncan-Brewster, Colm Meaney, Mackenzie Crook
Jonathan Gershfield
Ian Harries, Mark Gottlieb, Wayne Marc Godfrey, Aaron Gershfield
Contender Home Entertainment
1 hour 46 minutes
15/09/2008
Buy DVD
Information

How far would you go to change your life? If a deal's a deal, what do you do if you can't live with the consequences? This is the dilemma facing tube driver Paul Callow in the hilarious comedy Three And Out, set for DVD release on 15th September 2008 from Contender Home Entertainment.

Directed by first-time helmer Jonathan Gershfield (Big Train, Dead Ringers, Twisted Tales), making the move into features after a distinguished career in television, Three And Out also features a superb soundtrack, with two classics sung by Lee Mead (Joseph and the Amazing Technicolor Dreamcoat), Somebody Help Me and You've Got a Friend, an original score by award-winning composer Trevor Jones and tracks by The Coral, Blondie, The Pogues and more!

So here's the deal - if you like your comedy to be fun, riotous and ultimately satisfying, then look no further than Three And Out.

Tube driver Paul Callow (Crook) accidently runs someone down with his train. A few days later, he has the misfortune to have another 'one-under'. His colleagues tell him about a little known 'rule' at London Underground. The one no-one talks about. THREE 'under' within a month and you're OUT, but with a huge pay off! What would you do? Take trauma counselling and drive very, very carefully? Or do you seek out a third 'one-under', take the cash, pay off your debts and retire to a Scottish idyll to write a novel?

BD
Get lit in the stylish ensemble caper, The Gentlemen, a star-studded, sophisticated action-comedy written and directed by Guy Ritchie, released on DVD, Blu-ray and 4K UHD 27th April 2020 from ... END_OF_DOCUMENT_TOKEN_TO_BE_REPLACED
Hot PicksView 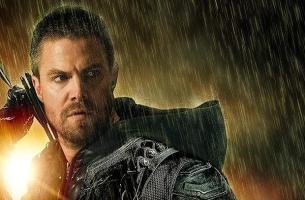