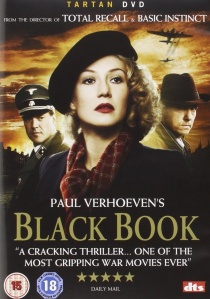 September 1944 and Rachel Stein, a beautiful yet feisty Jewish chanteuse has fled Nazi Germany for the relative safety of the Netherlands. Hoping to be reunited with her family, she and many other refugees are ambushed by Nazis. Everyone, including her family, are killed.

As sole survivor, Rachel manages to meet up with the Dutch Resistance and turn her into a double agent. She is assigned to seduce the senior officer Munze (Sebastian Koch) in order to infiltrate the enemy's headquarters. However, it soon becomes a dangerous game of double-dealing and betrayal, threatening her true identity and her life.

Having been one of the most successful Dutch directors ever, Paul Verhoeven left Holland for Hollywood where he found international acclaim with blockbusters such as Robocop, Basic Instinct and Starship Troopers. Over twenty years later, he returns to his native Netherlands for this epic drama of intrigue and survival, with the dramatic backdrop of Amsterdam at the tail end of the Second World War.

The film is a sumptuously shot by renowned cinematographer Karl Walter (Independence Day, Rob Roy). Whilst he's reunited with many actors he worked with in his early days, the main star of the film is new find, Carice Van Houten, who has the screen presence of Jean Harlow and Katherine Hepburn. She makes Rachel both vulnerable, yet strong-willed and sexy. Her future could follow the success of earlier collaborators such as Rutger Hauer, who worked on Soldier of Orange and Turkish Delight before The Hitcher and Blade Runner, and cinemaographer Jan De Bont (moving from Business is Business and The Fourth Man to direct Speed and Twister).

With a growing number of international praise and awards, Black Book, released by Tartan Video on 30th April 2007, is a masterful film as powerful as Downfall and Hollywood's recent war epics such as Saving Private Ryan and Flags Of Our Fathers. Unforgettable suspense from a director at the peak of his power.

3D-BD
The surviving members of the resistance face the First Order once again, and the legendary conflict between the Jedi and the Sith reaches its peak as Star Wars: The Rise of Skywalker is released on ... END_OF_DOCUMENT_TOKEN_TO_BE_REPLACED
Hot PicksView 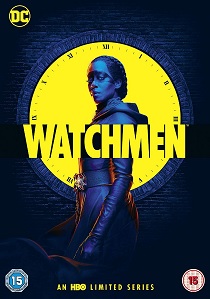