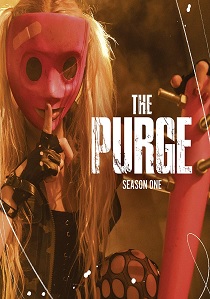 Audiences are blown away by the new terrifying series, The Purge, the thrilling spinoff of the popular film franchise of the same name, from Blumhouse Television and Universal Cable Productions.

The series plays off the plot of the well-known Blumhouse movies, where several unrelated people discover what measures they are willing to take in order to survive a night where all crime is legal for 12 hours. Building on an already strong fan base among enthusiasts of the films as well as attracting new viewers, the series leaves audiences wanting more after every tantalising and tension-filled scene counting down to the Purge Commencement. Now fans everywhere can own all ten episodes of the stirring series when The Purge: Season One arrives on DVD 9th September 2019 from Universal Pictures (UK).

During a 12-hour period when all crime -- including murder -- is legal, a group of seemingly unrelated characters cross paths in a city in an altered America. While the clock winds down, some will fight, some will hide, others will embrace what it means to Purge to its fullest extent - whether for revenge, personal gain, protection, or unadulterated glee. As each character is forced to reckon with their past and plot how to better their futures, they soon discover how far they will go on Purge Night.

The Purge: Season One was executive produced by the film franchise creator James DeMonaco and Thomas Kelly. Additionally, the entire team behind the blockbuster franchise ?executive produced: Michael Bay with Brad Fuller and Andrew Form under the Platinum Dunes banner (A Quiet Place, Ouija series) and Sebastien K. Lemercier (Assault on Precinct 13, Four Lovers). The series is a co-production with Jason Blum's Blumhouse Television and Universal Cable Productions. 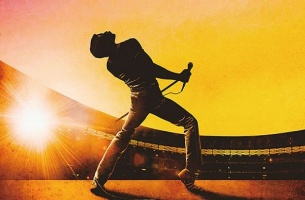 UHD
Celebrate the iconic and heart pounding music of Queen and Freddie Mercury with the highest-grossing biopic of all-time when Bohemian Rhapsody comes to 4K Ultra HD, Blu-ray and DVD 4th March 2019 from ... END_OF_DOCUMENT_TOKEN_TO_BE_REPLACED
Hot PicksView