Winner of the Palme d'Or at the 2019 Cannes Film Festival and best picture at the Oscars, Bong Joon-ho (Snowpiercer, Okja) returns with this black comedy about wealth, greed and class discrimination.

Ki-taek's family of four is close, but fully unemployed, with a bleak future ahead of them. The son Ki-woo is recommended by his friend, a student at a prestigious university, for a well-paid tutoring job, spawning hopes of a regular income. There's only one small issue - he's not a qualified teacher.

Carrying the expectations of all his family, Ki-woo heads to the extravagant Park family home for an interview. Arriving at the house of Mr. Park, the rich owner of a global IT firm, Ki-woo meets Yeon-kyo, the beautiful young lady of the house where he has to fake his many teaching skills.

After securing the job he discovers they also need an art tutor for their son, something he thinks his sister could pretend to do... if they don't know she's his sister. Soon the whole family has infiltrated the Park home but as their deception unravels events begin to get increasingly out of hand in ways you simply cannot imagine.

Parasite is released on DVD and Blu-ray 1st June 2020 from Curzon Artificial Eye. 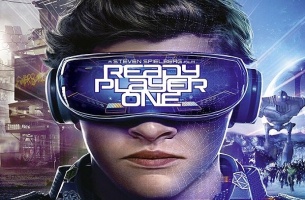