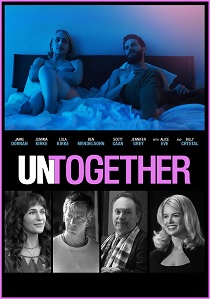 Andrea, a recently sober writer whose career has stalled since she published her debut novel several years ago, strikes up an affair with Nick, a doctor-turned-writer who is hailed for his wartime memoir. Her sister Tara, a massage therapist who is dating an aging rock star, finds herself drawn to a newfound religious zeal, and a politically-engaged rabbi.

3D-BD
Following the global success of Godzilla and Kong: Skull Island comes the next chapter in the cinematic Monsterverse in Godzilla II: King of the Monsters, arriving on DVD, Blu-ray and 4K UHD 7th ... END_OF_DOCUMENT_TOKEN_TO_BE_REPLACED
Hot PicksView