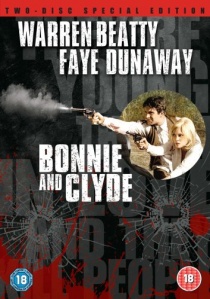 To commemorate its 40th anniversary, Warner Home Video is releasing one of the most influential films of our times as a two-disc special edition. Released on 5th May 2008 and starring Warren Beatty and Faye Dunaway, the story of Bonnie and Clyde is famous for breaking taboos and being one of the first films to use violence in the name of art, paving the way for a new generation of young politicised film-makers dubbed 'New Hollywood'.

Impelled by the demands of an audience that had made clear its wishes for a new world of American movies, the revolutionary tale of 'happy killers', Bonnie and Clyde changed Hollywood forever. The story of Clyde Barrow (Beatty; Bugsy, Heaven Can Wait) and Bonnie Parkers' (Dunaway; Chinatown, Network) path of destruction injected a much needed jolt of freshness, energy and sexuality into American Cinema. Without Bonnie and Clyde, who knows if classics such as The Godfather and Goodfellas would have been made at all? Dunaway and Beatty are joined by a flawless cast, including Gene Hackman (The French Connection) who plays Clyde's brother Buck and Estelle Parsons (Rachel, Rachel) who plays his wife Blanche. Known as the 'Barrow Gang', they wreak havoc and violence in Central America during the Great Depression.

Other cast members in this value-questioning story include Gene Wilder (Willie Wonka and The Chocolate Factory) who makes his screen debut along with Denver Pyle (The Dukes of Hazzard) as hostages in the film which turned Beatty and Dunaway into superstars over night. Produced by Warren Beatty and directed by Arthur Penn, Bonnie and Clyde has been deemed a 'culturally significant game changer' that is now preserved in the National Film Registry.

This two-time Academy Award-winning and eight-time Academy Award-nominated story DVD is available as a two-disc version, with extras befitting its legendary status. Packed with over two hours of special features, and featuring commentary by Roger Ebert, Arthur Penn and Warren Beatty, the Bonnie and Clyde : Special Edition DVD is a steal for film lovers and gangster film fans. 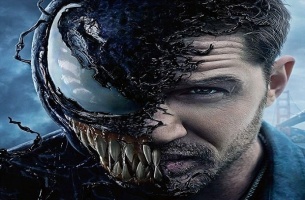